I remember being amazed when I saw these Japanese Snow Macaques on the telly on a wildlife documentary. It was a great privilege to have had the opportunity to sit and watch these remarkable primates living their lives in the freeezing cold Japanese Alps. They’re incredibly unique primates and so adorable!

Driving in the Japanese Alps 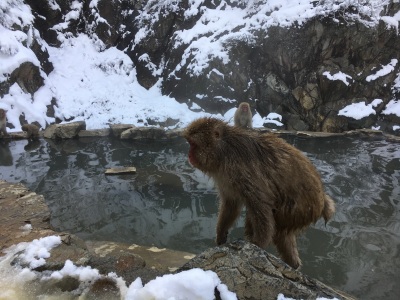 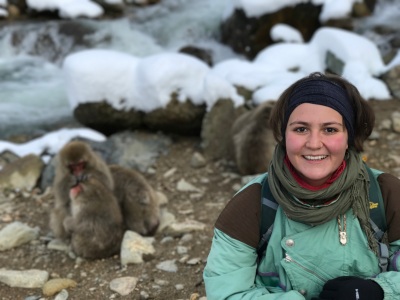 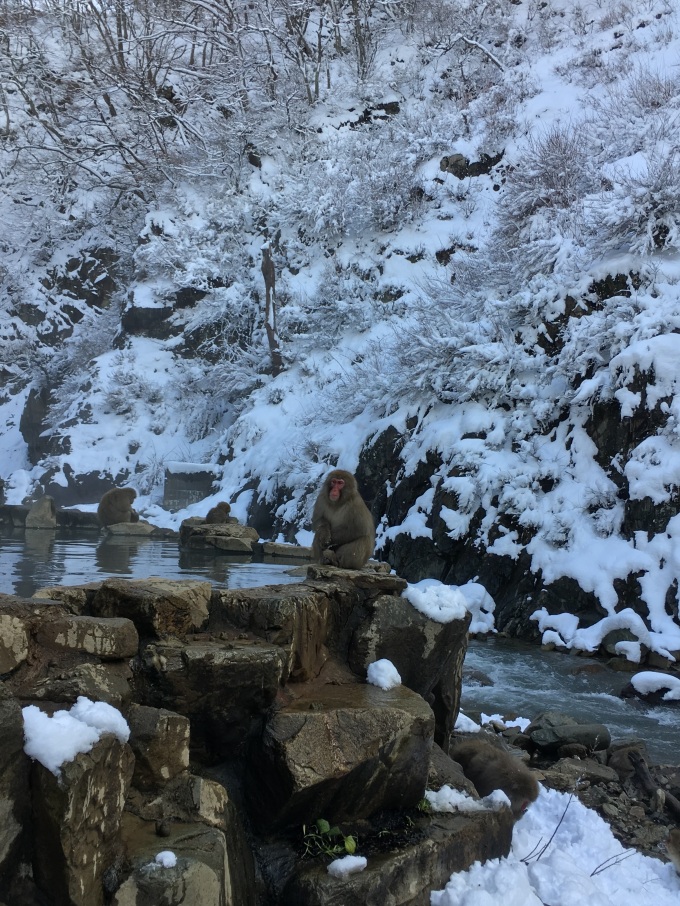 Natural hot springs where the macaques chilled out 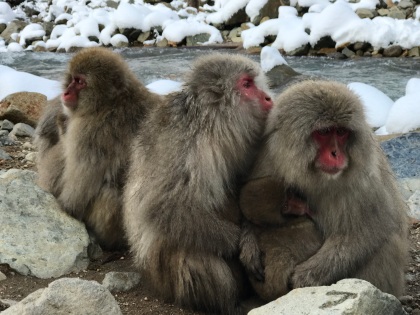 Hot springs for macaques to groom 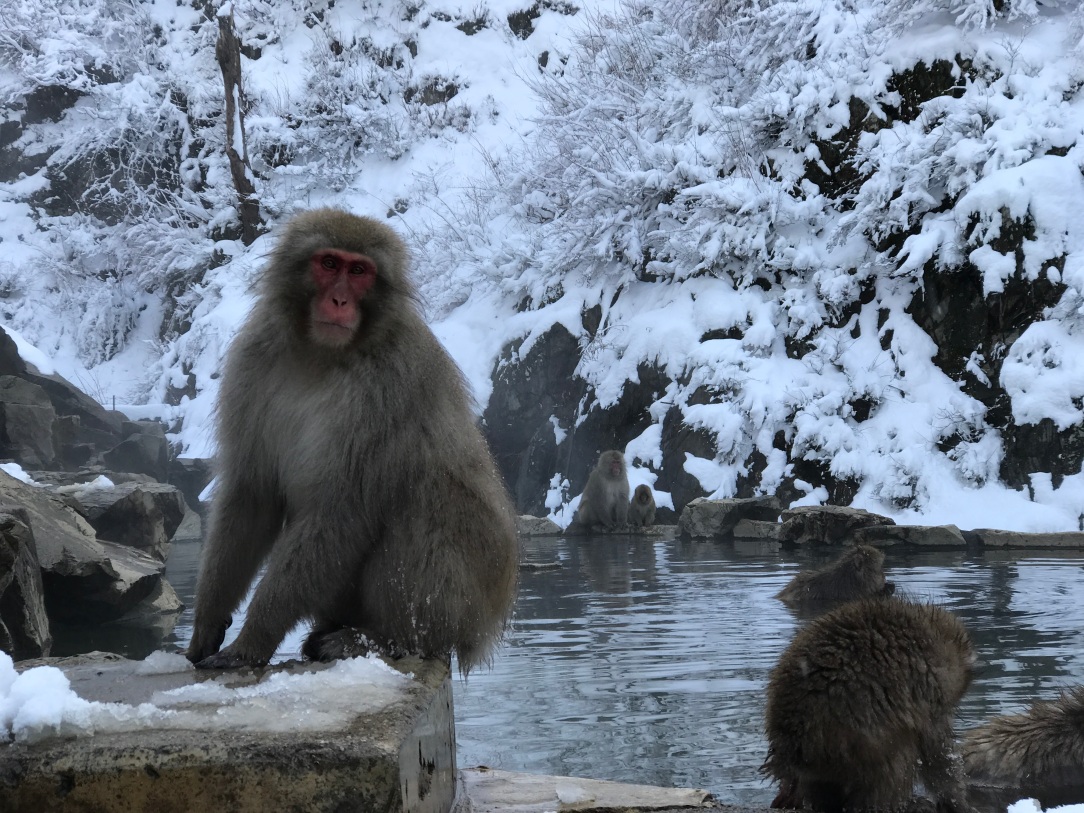 Interesting papers I found about Biology and Ecology of Japanese Macaques, Macaca fuscata:

Enari et al (2016) discuss the importance of Japanese macaque and other mammals’ dung burial in snow. When the snow melts the dung frozen dung is exposed and allows a time lagged mammal-beetle interaction. This is important for maintaining plant regeneration. The researchers found 12 dung beetle species which I thought was incredible considering the harsh conditions up in the mountains.

If you’re interested in behaviour a new paper by Kawakami et al (2017) investigated the spontaneous first smiles of new born Japanese Macaques. These involuntary lip-corner raises are considered to be the origin of smile and laughter, as we see in humans and chimps. There is also some older research by Hanya et al (2007) comparing the behaviour of two populations of Japanese macaques and evaluating how this influenced their thermoregulation throughout the year. Basically, they love to huddle and stay still! And… Sometimes… Even make snowballs (Eaton, 1972).

Japanese snow macaques have a huge part to play in the culture of Japan. Interestingly, they are seen as sacred and associated with the gods at the beginning of the 8th century. As time goes on however, and as humans develop and domesticate further, there is a shift towards monkeys being disliked as they became massive pests to agriculture. There are some great links on the wiki page with some beautiful monkey art!