My parents are immigrants from Turkey to the UK, and I was born and raised in London. They made sure I throughly learnt Turkish. This included attending Turkish School on every Saturday in Wood Green!

As I went through school, and uni, I wondered if a language like Turkish would ever be useful. Especially as it is such a rarely used language in STEM subjects. The top universities in Turkey teach in English. So why need Turkish?

For example, the number of speakers of Chinese language in the world is 1575 million, that is 22.5x more than Turkish with only 70 million speakers (Fig 1). The map (click here to have ago!) shows that Chinese is not necessarily the best language to learn: as the number of translations from/to show that it is not as widely used to transfer information and ideas.

When it comes to my mother tongue, Turkish, is it going to come in handy for a career in STEM?

So, after searching out what the ecology scene was in Turkey, I stumbled upon EkoEvo, a society set up in 2008 to unite Turkish researchers in the field of ecology and evolution. I was so excited! I was even more excited when I saw that there was a genomics winter school happening at the same time I was there.

It took me a good while to translate my CV and Cover Letter from English to Turkish, but I applied to attend and was accepted to the free winter school!

Masters and PhD students from around Turkey attended the 5 day course held at Hacettepe University in Ankara. During the intense week, we had the opportunity to learn a variety of different subjects, not only really testing my Turkish language skills, but testing them in conjunction with my genetics and coding skills! 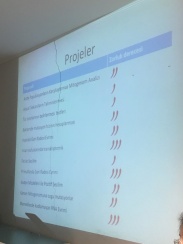 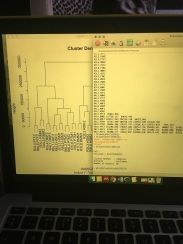 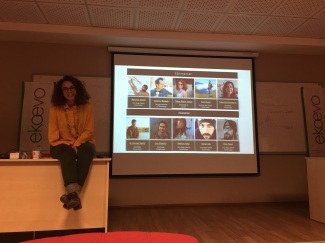 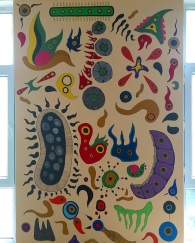 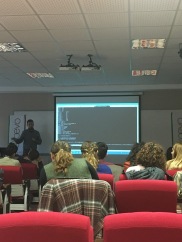 A jam packed itinerary included the following courses from top researchers around Turkey:

I particularly enjoyed learning Unix-Bash – as I have only ever coded using R-Studio so it was a great introduction.

I must admit, this was challenging to follow in Turkish!

On the Final  day we did a group presentation in Turkish (some were amused by my accent, and saying some science words that were the same in a British accent… ) on species hypothesis and tests to determine species boundaries with supervision by Sarp Kaya.

On this 5-day workshop I created a cultural exchange for myself! I learnt Turkish language and culture in a scientific context, the state of higher education, ecology and evolution in Turkey. I made long-term friends with mutual interests in research, who also helped me develop my scientific language skills. Overall, I think that it is absolutely important to push to communicate in these less common languages. Especially for subjects that are still hugely controversial in countries like Turkey, with increasingly conservative views backing creationism rather than the scientific facts of evolution. Language diversity, just like biodiversity, is vital for STEM subjects, I will push to improve my communication skills, keeping connected with the incredibly talented researchers in ecology and evolution from Turkey.

Many thanks to EkoEvo and the team who made it possible!